Did you know that the biggest apple in the world weighed 3.7 pounds or 1.7 kg?

Apple probably originated from a wide area that goes from the Caucasus to the Tian Shan Mountains bordering China.

-Romans at the beginning of the second century, were enumerating 30 varieties of apples.

-Introduced in France in the Loire Valley. In the 16th century, 100 varieties of apples in France alone, and in the 19th century there were a French nursery offers more than 500 in its catalog.

-In Canada, nearly half of the apples we eat belong to the McIntosh variety.

-In Quebec, the first orchard was planted on the slopes of Mount Royal in Montreal, in 1650.

The ancestor McIntosh -3000000 Apple variety that is grown in North America. -They are derived from a single specimen: the apple of John McIntosh, a Scottish immigrant in Prescott, Ontario. -In 2007, it represents more than 43% of production in Quebec (fresh). 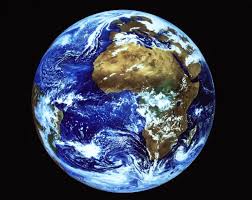 Today -There are about 6,000 varieties of apples worldwide. -90% Of global production comes from a dozen varieties. World record -The biggest apple in the world was gathered in October 1997 in England. -It measured 55 cm in diameter and weighed 1.7 kg (3.7 pounds).
Tags: fun fact