Did you know that the best friend of the farmer is the bug? 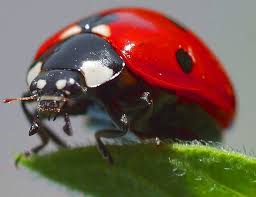 Ladybugs do not bite, Do not transmit any disease Nor infest food supplies. Its usefulness A species of ladybugs, the Asian lady beetle was introduced to North America in the 1970s to fight against aphids and other insect pests. Its characteristics His vigorous reproductive cycle and its ability to withstand harsh winters have allowed him to become one of the predominant species in Canada. It is slightly larger than native species, or between 6 and 10 mm long, and its color can vary from yellow mustard a dark reddish orange. His favorite places During the summer, the beetles feed on soft-shelled insects like aphids and mealybugs. Aphids are ladybugs favorite meal. And in the winter? When fall approaches and the temperatures drop, most ladybugs are preparing to spend the winter on the forest floor, often at the base of trees, under the bark, leaves or other debris. Did you know that …

Ladybugs can live up to two or three years if the conditions are favorable. During hibernation, ladybugs derive their energy from their fat reserves. Points of a ladybug fade as it ages.

Ladybugs can secrete a fluid in the joints of their legs which gives them bad taste. Their coloring is likely to signal to other animals they have a foul taste. A ladybug who feels threatened can make the dead and secrete this substance to protect themselves.

Ladybugs chew from side to side, unlike humans who chew up and down. In flight, a ladybug beats its wings 85 times per second.